Next generation Microsoft console is already being sketched out and developed

Although the current console generation is not all that old yet, Microsoft Corporation (NASDAQ:MSFT) will already be looking towards the release of the Xbox Two. The shelf life of the existing Xbox One is predicted to be much shorter than previous consoles which have been released, and thus we may see an Xbox Two coming to market much more quickly than many gamers perhaps envisage.

The Microsoft Corporation may be one of the largest on the planet, the biggest seller of computer software, and may even have largely made a success of its video games division. But the Xbox One was not a huge success for Microsoft, due to some fundamental initial mistakes that it made in PR. Putting such a huge emphasis on television and Kinect was disastrous, and Microsoft will definitely want to put this right when it releases the Xbox Two.

Analysts have already suggested that there could be a new Xbox console within five years. This is an intriguing prospect, as traditionally the lifecycle of a console has been roughly a decade. But it has already been asserted that both the Xbox One and PlayStation 4 are somewhat underpowered. And given that virtual reality technology is on the horizon as well, it is certain that both corporations will want to upgrade their console technology and produce a new machine much more quickly than in previous console generations.

One of the most significant elements of contemporary consoles, particularly for developers, is the fact that the capabilities of the machine can be developed even once it has been released. While perpetual updates can be a bugbear of console owners, they represent a fantastic opportunity for manufacturers of devices to upgrade functionality and correct some existing errors and bugs.

It is expected that the Xbox Two will strongly build on the capabilities of the Xbox One in this department, and upgrade the amount and quality of updates that it is able to offer via downloading.

Undoubtedly the major mistake which Microsoft made with the release of the Xbox One was to fail to focus significantly on its gaming capabilities. From a corporate perspective, this may seem to have made perfect sense. Microsoft wanted to establish itself in the living room, and also wanted to make its console stand out significantly from the PlayStation.

Unfortunately, it forgot one of the key elements of business; do not alienate your core audience. The fiasco around pre-owned games which Microsoft had to embarrassingly climb down from, coupled with an unveiling event which seemed far more enamoured with television, was ultimately manna from heaven for Sony Corporation (NYSE:SNE) (TYO:6758). Microsoft may never recover from this in the existing console generation, and it must learn the lessons from this and produce a more game-focused console and PR campaign when it releases the Xbox Two.

Microsoft also evidently placed far too much emphasis on Kinect when the Xbox One was released, forcing every owner of the console to purchase an Xbox with a Kinect device, regardless of whether they wanted one or not. This was a monumental commercial mistake, as it ensured that Microsoft had to release the Xbox One at a higher price point than a Sony console that was actually a more powerful gaming machine. If this was not commercial suicide, it was certainly extremely unwise.

This has not turned out to be the fundamental feature which Microsoft was hoping for, but with some good Kinect games expected in the coming years, it could be that by the time the Xbox Two is released that this is a core feature of the console. It remains a distinctive asset for Microsoft, and analysts are generally of the opinion that the corporation should attempt to make the most of it in the next generation of consoles, in order to stand out from the Sony PlayStation 5.

There are a raft of possibilities for Microsoft here. Will the Xbox Two use physical media, or will the Blu-ray disc be phased out completely? What sort of prominence will streaming games have in the future of the Xbox brand? And can consoles really exist as machines reliant on expensive internal components in an era in which PC technology develops so quickly?

This is something that Sony will have to tackle as well, as the existing console model could be usurped in the coming years. Although many radical predictions are made about the console marketplace, it is probable that there will be at least one more generation of consoles based around the familiar model of disc-based games and machines which are effectively mini-PCs.

What Microsoft must do with the Xbox Two is concentrate much more heavily on the console’s gaming capabilities. The chipset included in the Xbox One cannot deliver computer graphics as effectively as the PlayStation 4, and this has led to some unfortunate and embarrassing headlines for the corporation. 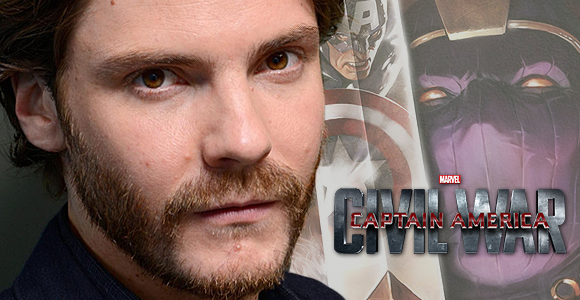