Spike Spiegel is a bounty hunter with a dark, violent past. Nowadays, he roams between the seedier colonies of space along with his partner Jet Black and their spaceship Bebop as they try to catch a bounty or two, barely making a living at it. Some of their bounties, like the mysterious Faye Valentine and the intelligent ‘data dog’, Ein, end up as fellow partners. Is Spike trying to justify prior misdeeds by working for the right side of the law? What will happen when his past catches up to him? And what of the pasts of his fellow shipmates? Will any of them survive long enough to find out?

Now its time to meet the Bebop’s crew: Spike, Jet, Ed, Faye, and Ein (the dog). The two gun-slinging bounty hunters Spike and Jet; The 12-year old genius Ed, who is actually a girl; The beautiful, yet greedy and scheming Faye; And last but not least, the curious dog, Ein.

This has to be say this now. Cowboy Bebob is the definition of “cool” when it comes to anime. Its been over a decade since it first aired on T.V, and still it never ceases to amaze. Not only is it all that, its got to be one of the most memorable, if not the greatest, sci-fi’s in the history of anime. Its got adrenalin-fueled space battles, bounty hunters, hardcore criminals, edge-of-your-seat shootouts, an awesome soundtrack, genius 12 year-old girls, computer-brained dogs, everything and much, much more!

Cowboy Bebop has been often referred to as the new anime noir, a title that does fit, but doesn’t even begin to fully describe it. Equal parts film noir, spaghetti western, and 70’s cop show; Cowboy Bebop is both retro and fresh at the same time. A very stylish, beautifully crafted series that deserves much more attention than it gets. If ever there was a series more deserving to be a sleeper hit, Bebop is it.

Cowboy Bebop is well suited to TV. Each episode manages to stand alone, but at the same time link together an overall larger story. Even if you only see two or three episodes, not exactly in order, one wouldn’t be lost, and would find enjoyment in them. In order to truly appreciate it, though, one must see it through.

Cowboy Bebop also presents a realistic view of the future. Spike and Jet travel in what to us would be a highly sophisticated craft, but to them is the modern day equivalent of a 1976 El Camino. The places they visit are far from what one would expect. Instead of Neo-Tokyo with its shiny, impossibly tall skyscrapers that never end, we have Neo-Tijuana, with its dusty dirt roads, run down shacks and migrant workers. Space is ethnic, but not in the Star Trek sanitized for the sake of politically correctness way. Each colony reflects a melting pot more akin to Los Angeles or New York City than any Blade Runner wannabe ever could.

This striving for realism also is reflected in the character designs. Spike is lanky and handsome in his own way, but by no means is he a slender pretty boy. Faye is sexy and curvy, but she’s no large breasted bimbo. Jet is burly, not fat, and has traits that would make one think he is of Russian descent. Ein can easily be recognized as a Welsh corgi, and not just another indistinguishable mutt. The only one who looks remotely like a ‘cartoony’ character is Ed, and even then no one would ever mistake her as anything -but- a scrawny preteen tomboy. (And to see her name and appearance, you’d think she just got off the boat from the Philippines.)

The animation is beyond superb. Its quality excels over most current releases. Cowboy Bebop uses computer graphics, but does so in such a fluid, breathtaking manner. There are practically no scenes that feel ‘artificial’, like what’s going on in the foreground is totally separate from the background. Many computer-generated anime can’t seem to shake the look that the characters are just floating in front of the background stills. Everything in Cowboy Bebop seems to breathe with life and motion, even in otherwise stoic scenes, and it’s a rarity and a marvel to behold.

Another bonus Cowboy Bebop has going for it is the soundtrack. Yoko Kanno scores (literally) again with her work for this series. The opening theme alone is already one of *the* best intro pieces I have ever heard. The blend of jazz and blues is absolutely perfect in setting the mood of the series. I ask you, has this woman ever -done- any bad music? (Of course not!)

Then there’s the storyline. Even though each episode stands quite well on its own, with poignant moments interspersed with exciting action, the underlying theme of Spike Spiegel and his motivations for what he does is absolutely intriguing. With each flashback, you get one more piece of the puzzle, from Spike’s shady origins to the loves that influenced the way he is.

Maybe his bounty hunting is really a search for identity as much as a way of life he has chosen. The plot and characterization in Cowboy Bebop have a sophistication and subtlety that is practically one-of-a-kind. It’s hard to find movies this involving, much less animated television series. Cowboy Bebop simply puts most anime…and Hollywood, to shame.

But beneath that noir veneer is a very human drama that has just enough humor and clever dialogue to be realistic, yet highly entertaining. This is a must-have for any serious collector of Japanese animation.
Simply put, this anime is one of the best. 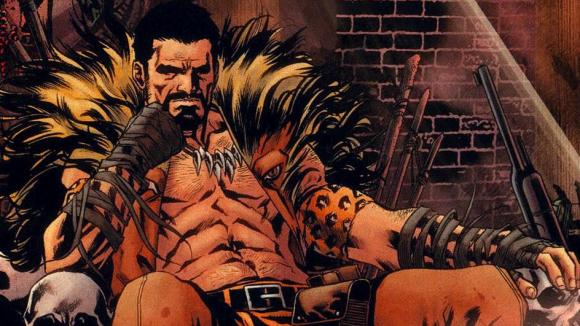 ‘Spider-Man’ Reboot May Get ‘Modernized’ Villain Kraven The Hunter