WWE Superstar Bray Wyatt has made a huge impact on WWE since his arrival. The night the Wyatt Family debuted, in the summer of 2013, they were an instant success. Since then, Bray has faced off with WWE stars in John Cena and Chris Jericho. The Wyatt Family also took on The Shield, giving us some of the best matches of this past year. At the end of the day, Wyatt has done everything he has needed to do to be a success in WWE. What if he could do more however?

Wyatt spoke with Sam Roberts recently and told him that he wouldn’t miss a PPV for just any reason. As we know by now, Wyatt was off of the Night of Champions PPV. Along with this, he will probably be left off of Hell in a Cell as well. He claimed that we haven’t seen anything yet. He told Roberts when he asked Wyatt what was next for him, “What comes next from Bray Wyatt will peal the skin off of everyone’s forehead. This is nothing, its a joke.”

Wyatt was pretty much saying, if you liked anything he did before…what comes up next will make you freak out in excitement.

There was word that Wyatt would be replacing the now “released” Erick Rowan and Luke Harper with The Ascension. This would be big for both them and Wyatt. Obviously, however, they cannot be called “The Wyatt Family,” seeing as The Ascension does not technically fit the roles that Rowan and Harper played. What name the faction will have is undetermined. What we do know is that Wyatt will be recruiting them and continuing his prophetic character.

Obviously The Ascension is similar but also very different compared to Harper and Rowan. So we will be seeing new and interesting material with them and their story with Bray Wyatt.

A lot of people wonder, if WWE kept Wyatt off of WWE PPVs for a few months and really, he was out of action for this time as well….what could they be planning to do when he returns? WWE clearly knows that Wyatt is popular and that he can be used. So creative has plenty for him. The issue is that right now, if he is missing a lot only to debut something new and exciting…what could it be and how big is it?

For now, we can only wonder what WWE will do with Bray Wyatt. However, we will certainly be looking forward to seeing whatever they do. Let us just hope that it will be very good, seeing as the wait has been quite long. 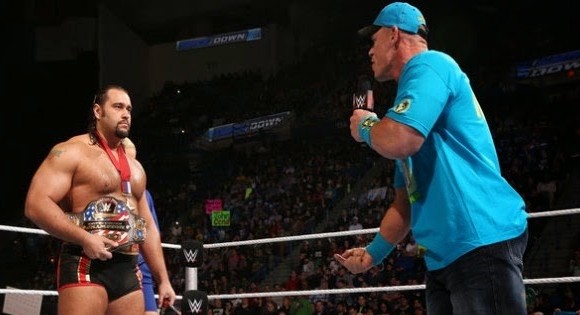 WWE: The “New” John Cena, Is This Something You Can Deal With?

Sunday’s WrestleMania, John Cena may very well win the United States Championship by defeating Rusev, the “Bulgarian Brute” who has never been pinned or [Read more...]