For the past couple of weeks a massive amount of new MVs have hit the social world from the international artist Jay Park. In the wake of what many can consider a steady awareness for his latest album “WORLDWIDE”. It was quite clear that perhaps Park, has found some sort of niche to mix pop & hip-hop only to create a great mix for the South Korean music scene. Especially since the genre of pop is positioned as the mainstay in Korea.

“In This B*tch X MY” crosses the proverbial “killing two birds with one stone” line by taking a pop song sung in English only to transition into a completely new territory of Korean hip-hop. Furthermore Jay Park, takes the visual aspect of his music to showcase what can be seen as “flashing lights” and amazing dance moves, but that’s nothing too surprising seeing as Jay Park was a dancer before being a revolutionary in the South Korean hip hop scene. Like I’ve said before, Jay Park has a mix of English & Korean, but mainly Korean is sung & rapped.

In “In This B*tch” portion of the MV you can hear something to the effects that Jay Park will only let haters hate as his life will only go on to make the best of his talent. As for the “MY” portion of the MV you see a complete flip of the script. Jay Park showcases a more thuggish/retro look being shot completely in the outlands. Had the mindset of thinking of Robert De Niro & Joe Pesci in “Casino”, but this was nothing like it. You also see many of artist that are considered the crew of Jay Park not saying anything, but still making their presence known. Safe to say Jay Park & AOMG will never go away unless something monumental shakes them at the core of what it seems like a family has. 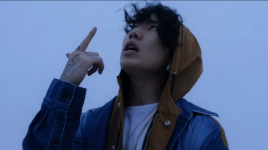 Overall, this one was a little different like it almost felt rushed, but you can watch the MV over and over with the point staring you in the face. You see a flashy Jay Park telling you how he feels with a song while the tables turn and you see a more thuggish side to the young 28 year old artist, as he gives you a deliverance of his passion, his life, his blessings, and the very crew that has helped along the way to the top. Like most songs their flaws, but I can’t really point them out as it’s minimal compared to many others songs/MVs out there.

Check out the full MV below:

Viewers of The Walking Dead, in recent record-breaking numbers, have watched Rick Grimes (Andrew Lincoln) and his group of zombie-killing survivors endure their fair share of [Read more...]